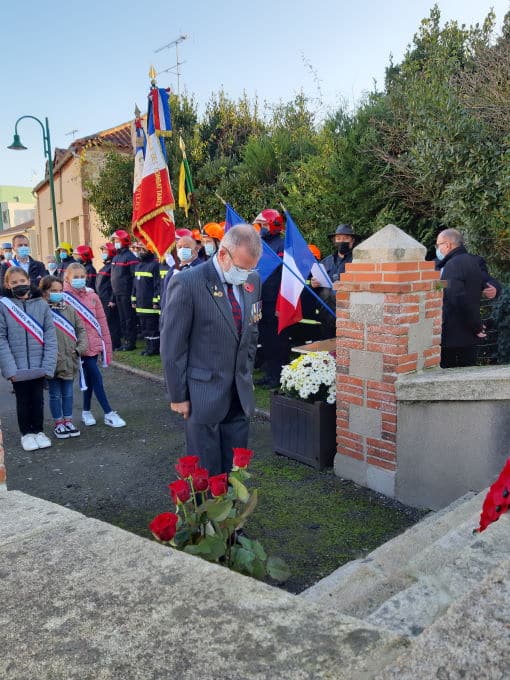 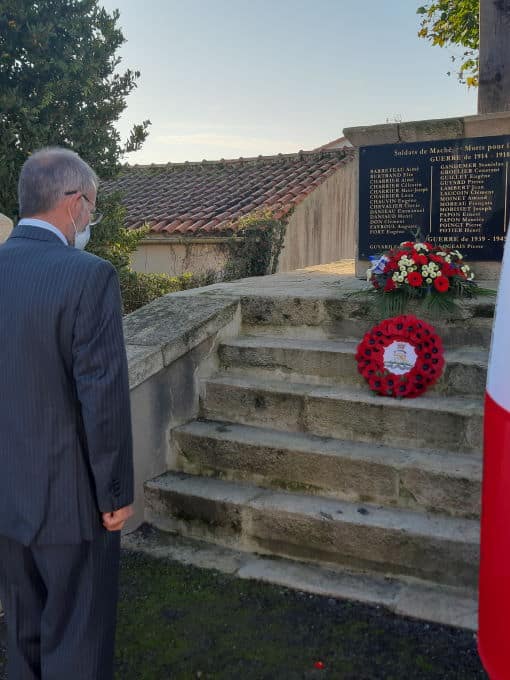 We have attended the Armistice Day Ceremony every year since arriving in Maché in 2010. Some years the weather has not been kind but this year it was fabulous, crisp, and sunny, just a little on the cold side.

For those that don’t know, Armistice Day in France is a national holiday.  Most, if not all, villages and towns in France have a Memorial of some sort or another. Maché is no different and although small, it is well kept, and the list of those that gave their lives in the Great War is a sobering thing indeed. On the plaque are 2 family names in particular that sacrificed more than most, with one losing 4 members and another losing 5 – staggering!

The organization behind the ceremony is the Maché Section of the Union Nationale des Combattants (UNC), of which I am a member and on the organizing committee (that’s another story completely).

The format is a little different from similar events held in the UK. The Ceremony begins with forming up on the Mairie car park and then proceeds the short distance to the monument.  It is led by the local Fire Service, which included this year, the Junior arm from Apremont. The Mayor and local dignitaries follow, then the old soldiers and other attendees.

The standards of the Maché Section are always displayed with pride and strict adherence to protocol learned on an official standard-bearers course. The big difference comes when local school children read out the names of each and every soldier from Maché that fell during The Great War.  After each name is read out those gathered say “Mort pour la France” (Died for France).  It’s a moving and humbling stage of the ceremony and really focuses the mind on why we are all gathered in remembrance.

Following our short ceremony, and a quick coffee, those that wish to move on to one of the other towns in our area for a larger ceremony followed by a meal and speeches. This year it was the turn of Apremont to host the larger Armistice Day ceremony and as there are 9 towns that share this role, it was in Maché last year, it will be a while before it returns to us. 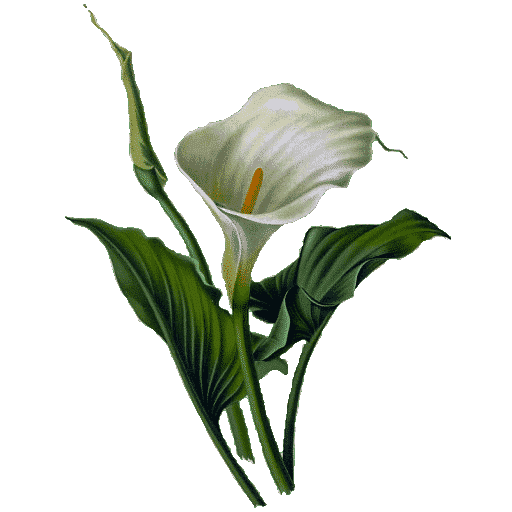